Clawson cheeses are made in the rural heart of Leicestershire, England, by Master Cheesemakers.

The products reflect the expertise of the Long Clawson Dairy’s forefathers who began crafting the cheese over 100 years ago. The Stiltons and Blues are created using only milk from local dairy herds.

Choose from our famous Blue Stilton, whose flavour ranges from mellow to tangy; our savoury combinations such as Huntsman; or our zesty sweet blends studded with candied fruits. 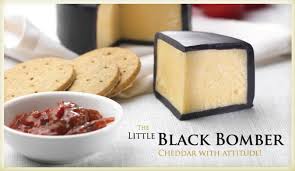 Premium cheeses for every occasion.

The Little Black Bomber flagship extra mature cheddar, and all our exciting cheeses are there to add contemporary style to your kitchen, family eating time, guest menu, or that late supper with fine wine.

2010 Silver Medal at the Nantwich International Cheese Show, 2007 World Cheese Award Bronze winner, this select Extra Mature Cheddar is the flagship product of the range. Creamy & smooth this product has a unique texture & taste that will entice.

2005 Bronze award winner at Nantwich is a mature cheddar with tasty chunks of pickled onion.

Our 2009 Silver Medal Winner at the Nantwich International Cheese Show. This mature white cheddar with juicy Cranberries so called because Cranberries Bounce when they are ripe is the newest edition to the range. 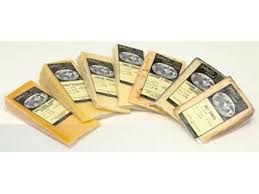 Single Gloucester Cheese was revived about Charles Martel. It is a lighter and earlier maturing cheese than its big brother Double. Traditionally made using half skimmed milk it has a fresh, sometimes nutty taste, slightly more acidic than Double but very moorish. If eaten with good company and a bottle of wine it soon disappears from the table!

There are some excellent Cheddar Cheeses available from the West Country made by well established families, so to distinguish ours we thought Leonard Stanley was an appropriate name. We mature our Cheddar for a mimimum of seven months, with each month after seven months taste improves. Our Cheddars are traditionally matured and cloth bound and come in 10kg rounds.

Holy Smoked is our Single Gloucester cheese but not traditionally matured, as the smoke would not penetrate rind evenly. It is smoked by my husband Bryan, using oak or beech chippings and is the only Smoked Single Gloucester in the world.

Three Virgins is a cheshire style cheese, white, youngish and crumbly with a tangy sharp bite. It is ready to eat at about three months. It is vacuum packed to mature and is made in 3 1/2kg rounds. Really nice with a shortbread biscuit or something sweet.

A Mature single Gloucester with oodles of flavour, can be like a parmasan. Limited availability.

Named after a small hamlet, next to Nympsfield, not farm from our farm. This cheese is made with our Three Virgins cheeses and mixed with select chilli’s giving hints of Mediteranean tomatoes.

It is very hot! If you like the heat from chilli’s then this is the cheese for you.

This is made using our Single Gloucester and chives. Usually appreciated by those who like a strong cheese, stating the obvious but very oniony!

Named in recognition of Sir Stanley Spencer who lived in our village pub, The White Hart, for a couple of years after the war. Whilst there he painted the picture “Village Gossips” which can be seen at Cheltenham Museum and Art Gallery. It shows a group of villagers and himself with his wife Hilda and his lady friend Daphne. Daphne’s skirt looks like chives in cheese!